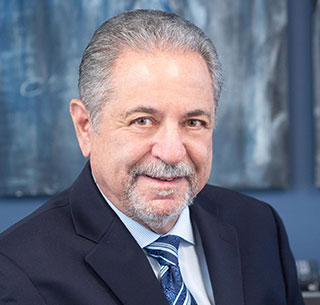 Back to All Attorneys

Barry M. Rudman has been practicing law in the Los Angeles area for over 40 years. His primary emphasis is in personal injury law. Barry is a proud recipient of the “AV Preeminent” Rating, the highest honor given by Martindale Hubbell, which was conferred upon him due to his outstanding legal capabilities and superior ethical standards. The rating is based on peer review by members of the California bar and judiciary.

Barry has handled thousands of cases in various practice areas including: motor vehicle accidents, premises liability, products liability, and dangerous conditions of public property. He has used his knowledge, skill and experience to achieve the very best results for his clients. Barry has always followed the philosophy of practicing law with professionalism, civility, understanding, tolerance and compassion.

Barry is a 1967 graduate of the University of California, Los Angeles, where he graduated with a Bachelor of Arts degree. He is also a 1970 graduate of Loyola Law School, were he graduated with a Juris Doctor degree. During his legal studies, Barry received the American Jurisprudence Award for excellent achievement in the study of Evidence. In 1971, Barry was admitted to the California bar, was admitted to practice before all courts in the State of California and the United States District Court, Central District of California. He was admitted to practice before the Supreme Court of the United States of America in 1977.

After completing law school, Barry began work at a boutique Beverly Hills personal injury law firm of which he soon became a partner, and ultimately the managing partner. He practiced in Beverly Hills for over 30 years.

In 2010, Barry and his son, Jeffrey A. Rudman, together formed The Rudman Law Firm, APC, where Barry now serves in the capacity as a senior advising attorney.

Barry is a member of CAALA, the Consumer Attorneys Association of Los Angeles, as well as the Phi Alpha Delta Law Fraternity.

Hear What Our Clients Have To Say

I would like to post the highest possible recommendation of Jeffrey Rudman. Jeffrey was very successful in fighting for my rights and did everything possible to brilliantly win a hotly contested jury trial. He was very open in discussing and planning every aspect of the case, and gave all the pro's and cons for every decision at every step of the way.
Posted by: Murray Kane